Thomas Liu Le Lann (b. 1994, lives and works in Geneva, Switzerland) is a multidisciplinary artist. He was a former student of Lili Reynaud Dewar and Verena Dengler at HEAD – Haute Ecole d’Art et de Design Genève. His work focuses on attempting to invalidate masculinity and highlight the progressive characteristics of softness, fragility and passivity. He represents his lovers, his friends and his own uncertain bodies and genders through sculptural works, images and autofiction writtings. In his recent works, the artist has introduced the figure of the softheroes which seeks to support the deconstruction of the dominant heroic model and its bulky representations. Liu Le Lann is also co-founder and was co-curator of Cherish, a Geneva-based project space, in collaboration with Ser Serpas, Mohamed Almusibli and James Bantone. Thomas Liu Le Lann is represented by Xippas Geneva and VinVin in Vienna and Naples. 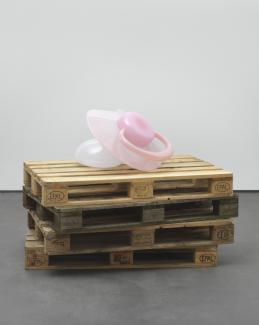